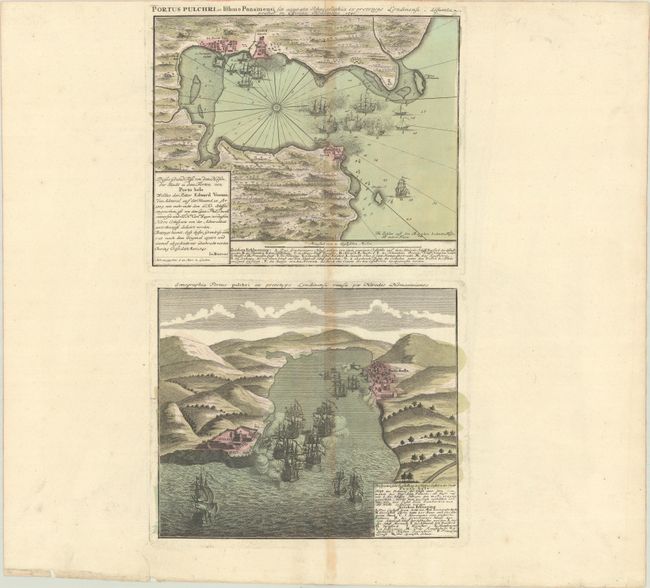 A nice impression with full contemporary color on a sheet with a "WOLFIG" watermark, light toning along the centerfold, and archival repairs to a centerfold separation at top and a couple of small tears and chips along the bottom edge of the sheet.