The First Published Plan of a Settlement in North America 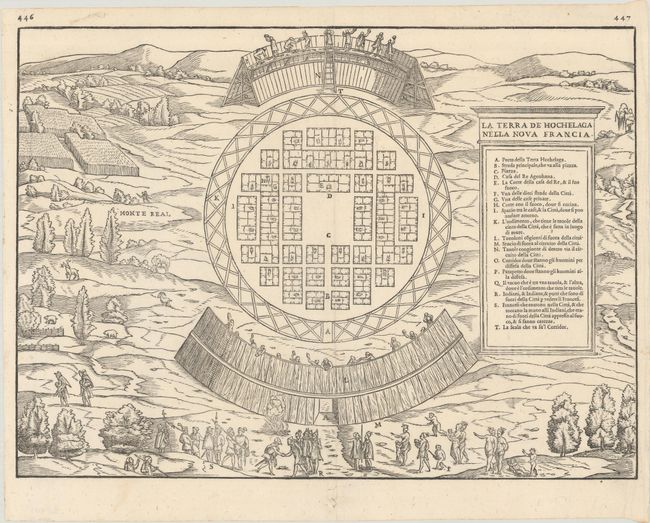 This map was first published in Giovanni Battista Ramusio's Navigationi et Viaggi in 1556. The first woodblock was destroyed by fire in 1557, and this plan is the second edition from a new block with a "weeping willow" type tree in the upper right and the page numbers 446 and 447 above the neatline.

A nice impression on a bright sheet with a small crown watermark, an archivally repaired tear in the bottom blank margin, and faint marginal soiling.