"To the Right Honourable, Charles Earl of Sunderland ... This Map of South America, According to the Newest and Most Exact Observations Is Most Humbly Dedicated by Your Lordship's Most Humble Servant", Moll, Herman 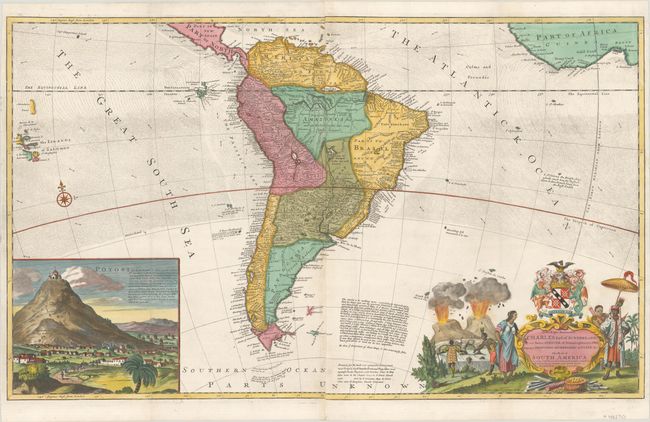 This handsome large map on two joined sheets depicts South America and extends to include the Salomon Islands and part of the coast of Africa. The map includes great detail of cities, roads, and regions, and includes a few additional notations. A long note in the south Atlantic warns of "maps put out by ignorant Pretenders" with incorrect information and false projections that would create a "dangerous consequence ... if ever they should be us'd at sea." In the south Pacific is a large vignette of Potosi, Peru. The decorative title cartouche includes images of Natives and two erupting volcanoes. The imprints of Herman Moll, John Bowles, Thomas Bowles, and Philip Overton appear at bottom center.