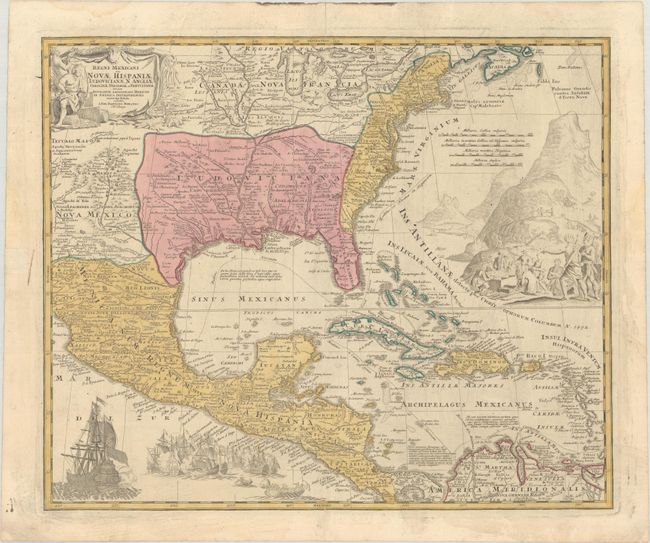 Contemporary color on a watermarked sheet with a short centerfold separation at top and a couple of creases at bottom that have all been archivally repaired on verso. There is light printer's ink residue and a repaired edge tear in the left blank margin on recto.