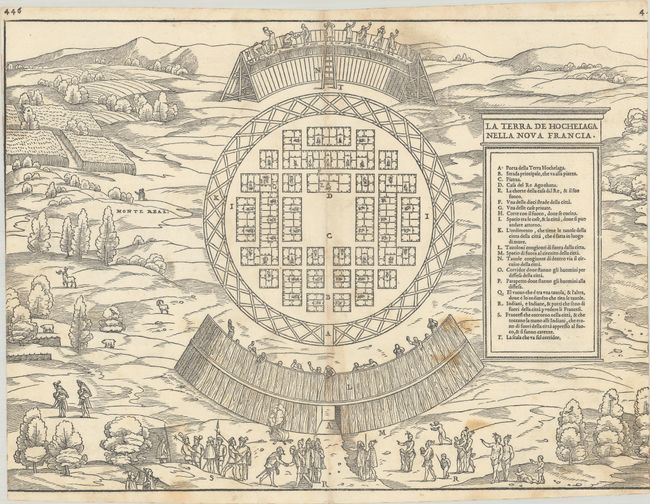 The map was first published in Giovanni Battista Ramusio's Navigationi et Viaggi in 1556. This is the rare first edition from the first woodblock, which was destroyed by fire in 1557. It is distinguished from other editions by its rounded trees and the transparent smoke of the fire. The page numbers 446 and 447 appear above the neatline.

A nice impression on a sheet with an anchor watermark. The sheet has been trimmed at left and right, with partial loss to the map image. There are some scattered stains, an area of soiling at top, a couple small wormholes, and minor toning along the centerfold.