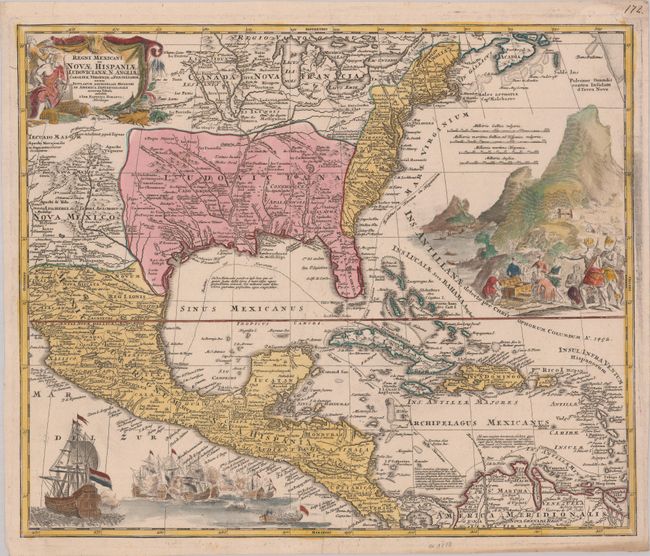 A nice impression on a bright sheet with contemporary color in the map and later color in the decorative elements. There is some printer's ink residue in the right blank margin.