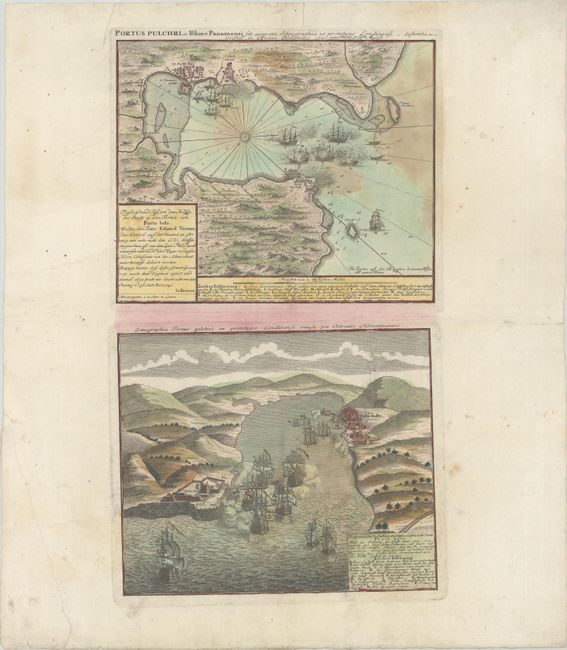 Full contemporary color on a bright sheet with a "Wollig" watermark and several large dampstains.