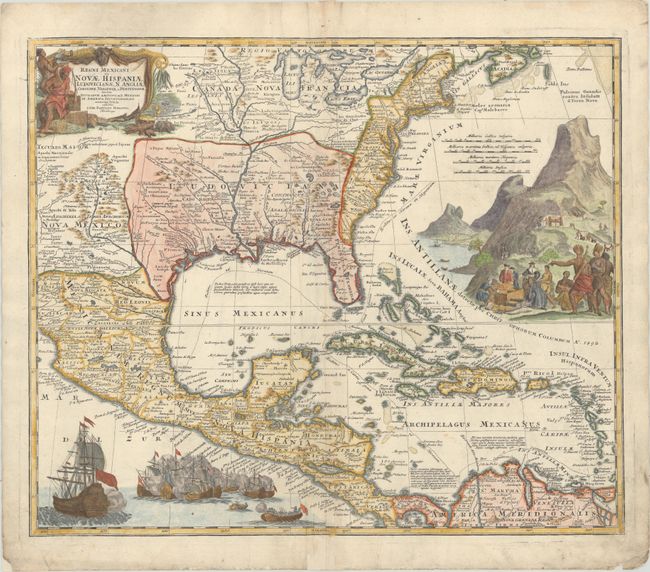 On watermarked paper with contemporary color in the map and later color in the decorative elements, minor soiling, and some short printer's creases. There are archival repairs to a tear that enters 1.5" into image at bottom center and a few chips in the bottom blank margin. A stamp for "Karten-Sammlung Hein Wenzel Berlin" appears on verso.