Lahontan's Map of Canada and the Great Lakes 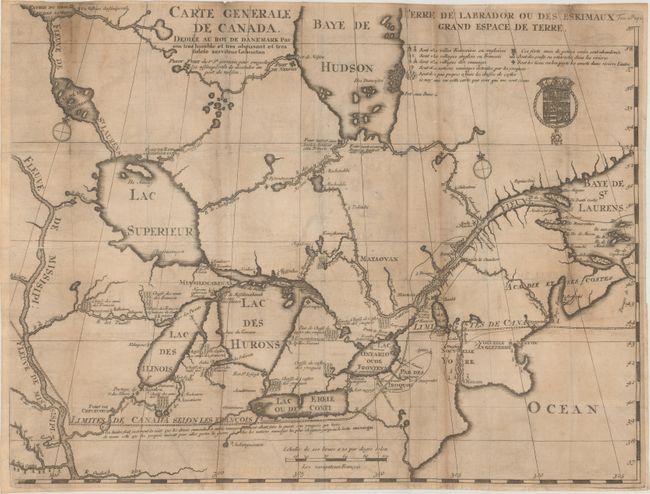 A number of forts and towns are identified, including Boston, Manhattan (Manate) but without Long Island, Montreal, Quebec (Kebek), and Chicago (Chegakou). Portages between rivers are marked with a Maltese cross and the Indian Villages that were destroyed by the Iroquois are marked by a shield with three dots. A dashed line extending across the map indicates the "limits of Canada per the French" and a note below indicates that this boundary also served as the route that various Indian tribes used to wage war with the Iroquois. This is the second state of the rare and larger first edition of this map.

A dark impression, issued folding and printed on two joined sheets, with very light offsetting, tiny holes at fold intersections, and several short tears also along the folds. There is overall light toning and some heavier toning/soiling along several folds.