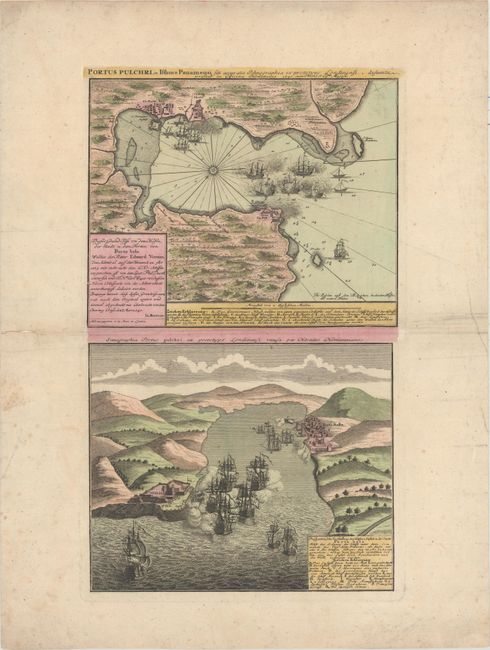 Full contemporary color on sturdy, watermarked paper with wide margins. There is light soiling and foxing confined to the blank margins, as well as a short fold separation at far left.