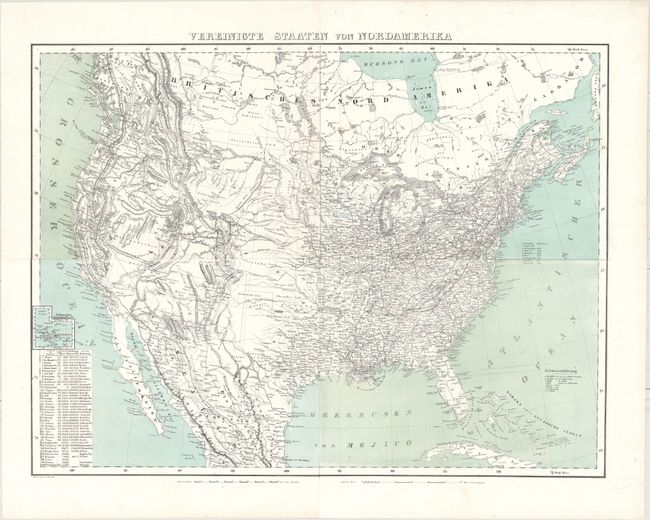 This large, detailed map of the United States extends to include part of Canada and Mexico, although information is focused on the United States. The map provided an excellent view of the developing American West, showing a plethora of Indian names and several large territories, including Kansas, Indian (essentially present-day Oklahoma), Minesota, Nebraska, New Mexico, and Utah. The boundary with British Columbia is correct and the boundary with Mexico reflects the Gadsden Purchase. The map depicts towns, missions, forts, railroads, and canals, and includes a list of the highest mountain peaks. An inset depicts the Galapagos. Below the inset, a table lists the states and territories, with populations in 1850, number of counties, size, and capitals. Lithography by Friedrich H. Handtke. Printed on four sheets, joined.

On bright, clean paper, with a pair of tiny symmetrical worm holes near the center, some small worm holes on the neatline, and short edge tears that are confined to the blank margins.