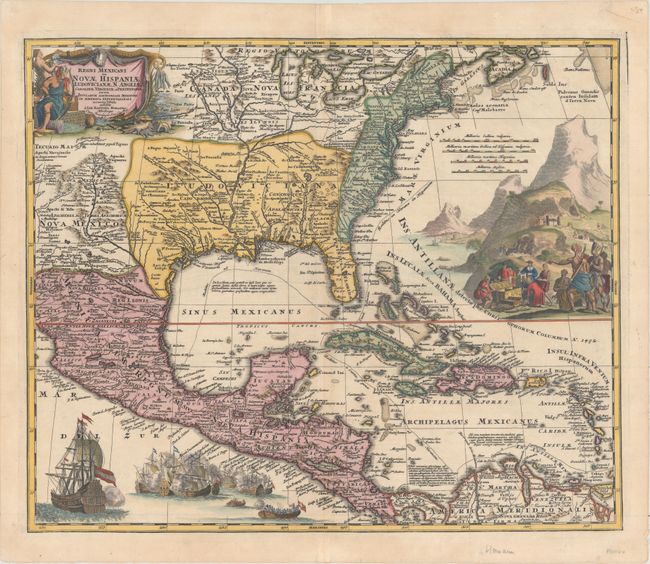 This superb map covers the region from the Great Lakes and Nova Scotia through Central America, the Caribbean and Venezuela, and from New Mexico (naming Taos and Santa Fe) to the eastern seaboard. The map is based largely on Delisle's map of 1703 (Carte du Mexique et de la Floride), depicting the social, political, and economic outcomes from the War of the Spanish Succession, also known as Queen Anne's War. The British colonies are shown confined east of the Appalachians and extending south almost to St. Augustine, deep into Spanish-claimed territory. The map itself is filled with settlement place names, Indian tribes and villages. In present-day Texas,

A superb example on watermarked paper with attractive color. Remnants of hinge tape on verso.