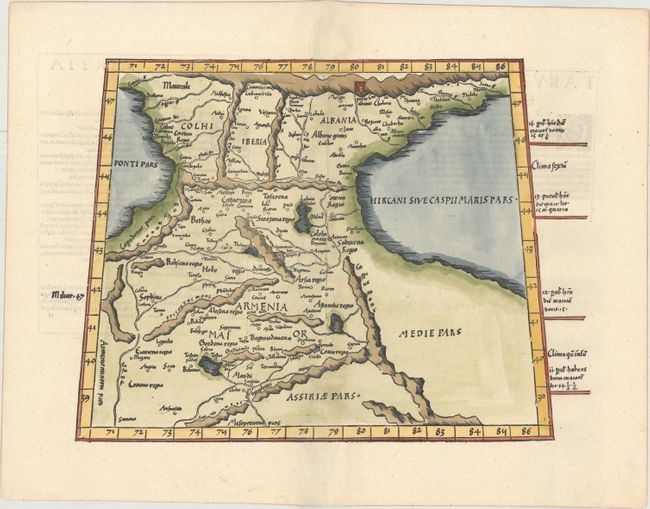 Fine Ptolemaic map of the region between the Black and Caspian Seas with Armenia, Choli, Iberia and Albania on the eastern frontier of the Roman Empire. The woodcut map from the blocks of Laurent Fries is based on the work of Waldseemuller. Geographically the map is classic Ptolemy, trapezoid in outline with convoluted mountain ranges. This edition was printed by Gaspar Treschel and edited by Michael Villanovus (known as Servetus). Servetus was charged with heresy by John Calvin in 1553, in part due to the text in this atlas. The courts found him guilty and sentenced him to burning at the stake, atop a pyre of his own books, including this atlas.

Excellent impression and color on paper with a bunch of grapes watermark. There are professional repairs to several separations and small binding holes along the centerfold.