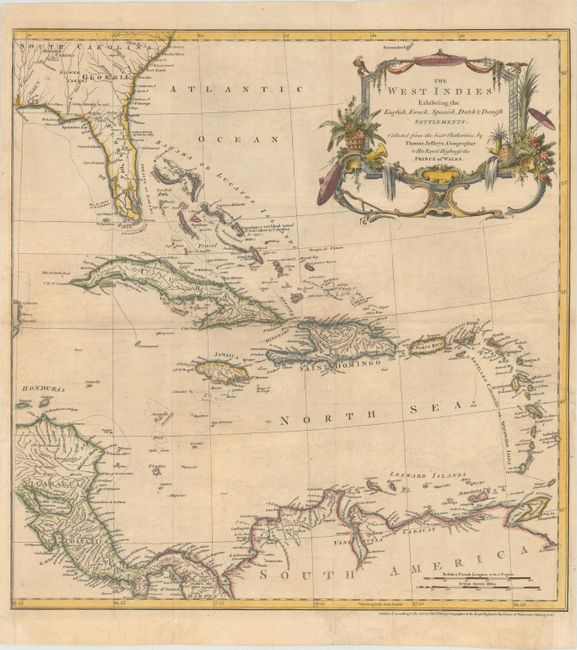 Publication: The Natural and Civil History of the French Dominions in North and South America

This is an uncommon map of the Caribbean showing the colonial holdings of Britain, France, Spain, the Netherlands and Denmark during the Seven Years' War. Southern Florida is shown with large, interconnected waterways effectively turning the region into an archipelago. The boundary between Florida and Georgia is labeled Limits Stipulated in 1738. There is good detail of the rivers, mountains, and coastal place names throughout. This map was published in The Natural and Civil History of the French Dominions in North and South America, Jefferys' monumental geographical and historical work describing Canada, Louisiana and the French possessions in the West Indies. This map is rarely offered on the market.